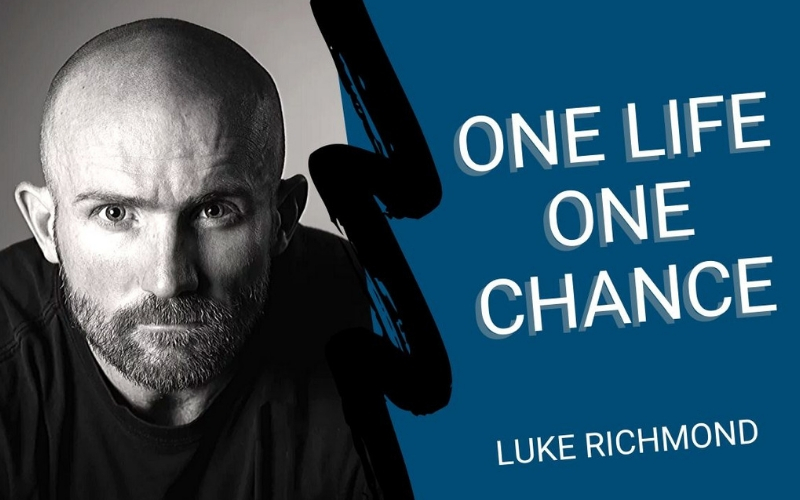 #12 My awesome guest this week is adventurer Luke Richmond.

If you are tiered of the mundane and need a little inspiration to make change, then this podcast episode is for you.

• Climbed the highest mountains on six continents
• Set a new world record for ocean rowing across the Atlantic
• Battled minus 60 degree temperatures in the Antarctic
• Witnessed death at high altitude & was held captive in the humid jungles of West Papua
• Has thrown himself from cliffs in the adrenalin-fuelled world of BASE jumping.

About Luke: Born to nomadic parents and humble beginnings, Luke Richmond grew up running wild and free in the Australian outback. After finishing school, he joined the Australian Army and served his country overseas as an infantry soldier – an experience that sparked in him an unrelenting desire for adventure.

But when he leaves the army Luke finds himself broke and adrift in London, caught up in a soulless world of drug and alcohol addiction. When he wakes up in a police cell with no memory of how he got there, he knows he has hit rock bottom, and makes the snap decision to turn his life around. Within days he is in Thailand, training his mind and body at a Muay Thai boxing camp in the jungles of Phuket.

In suffering Luke finds his salvation, and he decides to make the most out of life by seeking adventure in the remote corners of the world. More than an awe-inspiring story of endurance and adventure,

One Life One Chance will ultimately remind you that we only have one shot, so don’t waste a second of it.

www.olocadventures.com
Book: One Life, Once Chance

Stay up to date with podcasts | workshops | retreats

Are You Ready To Demystify Meditation & ‘Let It In’?

Guy is the former founder of 180 Nutrition and their No.1 hit podcast by the same name.
At the beginning of 2018, Guy stepped down from his 180 Nutrition role to focus full time on his new project “Let It In’, helping people transform their lives using meditation and neuroscience.
X